Bob Batchelor is an award-winning writer and historian. He teaches public relations in the School of Mass Communications at the University of South Florida. A noted expert on American popular culture, he is the author or editor of the books: The 1900s (Greenwood Press, 2002), a history of the first decade of the 20th century from a popular culture perspective; editor of Basketball in America: From the Playgrounds to Jordan’s Game and Beyond (Haworth Press, 2005); co-author of a study on the development of consumer culture and marketing: Kotex, Kleenex, Huggies: Kimberly-Clark and the Consumer Revolution in American Business (The Ohio State University Press, 2004); and co-author of The 1980s (Greenwood Press, 2006). His fiction has appeared in The Pebble Lake Review. Bob has published more than 500 articles and essays in magazines, Web sites, and reference works, including the Dictionary of American History, Inside Business magazine and The American Prospect Online. His essays have appeared in newspapers in California, Tennessee and Delaware. Bob graduated from the University of Pittsburgh with degrees in history, philosophy and political science. He received an M.A. in history from Kent State University. He has taught history and nonfiction writing at Cleveland State University and Neumann College. Visit him online at www.bobbatchelor.com. 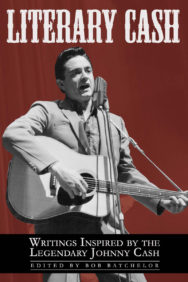 Brains Versus Brawn from The Man from Krypton