If anyone knows what it takes to be an elite entrepreneur, it’s Ephren Taylor.

Author of a 2009 Wall Street Journal bestseller Creating Success from the Inside Out, Taylor started his first business venture at age 12, when he began making video games. By age 17, he built a multimillion-dollar technology company and took a company public at age 23.

Now 27, Taylor appears weekly on FOX News and has been featured on 20/20, PBS, Black Enterprise and CNN Money, and even his own infomercial as the youngest ever African-American CEO of a publicly traded company.

In The Elite Entrepreneur: How to Master the 7 Phases of Growth & Take Your Business from Pennies to Billions, Taylor, with Rusty Fischer, relays his years of successful business experience to take the guesswork out of entrepreneurialism. Full of anecdotes, tips, strategies and resources, The Elite Entrepreneur and Taylor identify and gives readers advice on the essential seven phases of business:

The Elite Entrepreneur contains a checklist to help readers determine what their next steps should be.

This book will provide the reader — young or old, doctorate or GED-holder — the motivation and tools to break the mold and become an Elite Entrepreneur.

Find The Elite Entrepreneur at other Vendors 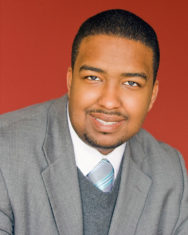 Ephren W. Taylor is a Wall Street Journal bestselling author and the CEO of two publicly traded companies, one of which is recognized by the Wall Street Journal as one of the “Top 100 Socially Conscious Corporations in the United States.” Named by The Michigan Chronicle as one of the top “10 people making a global difference,” at 27 years old, Ephren Taylor is the youngest African-American CEO of any publicly traded company in U.S. history. Taylor began his career as a video-game developer at the age of 12 and built a multimillion dollar technology company, GoFerretGo.com, by the age of 17.

His 2009 Wall Street Journal bestselling book “Creating Success from the Inside Out” (John Wiley & Sons), serves as an expose of the mindset of today’s multimillionaires while defining success as not only attaining wealth, but how to utilize it. As a result, he’s become a frequently requested speaker and panelist across the country. 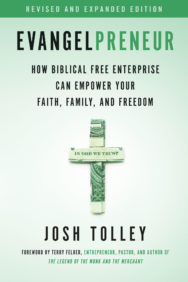